Three strikes and you’re out! 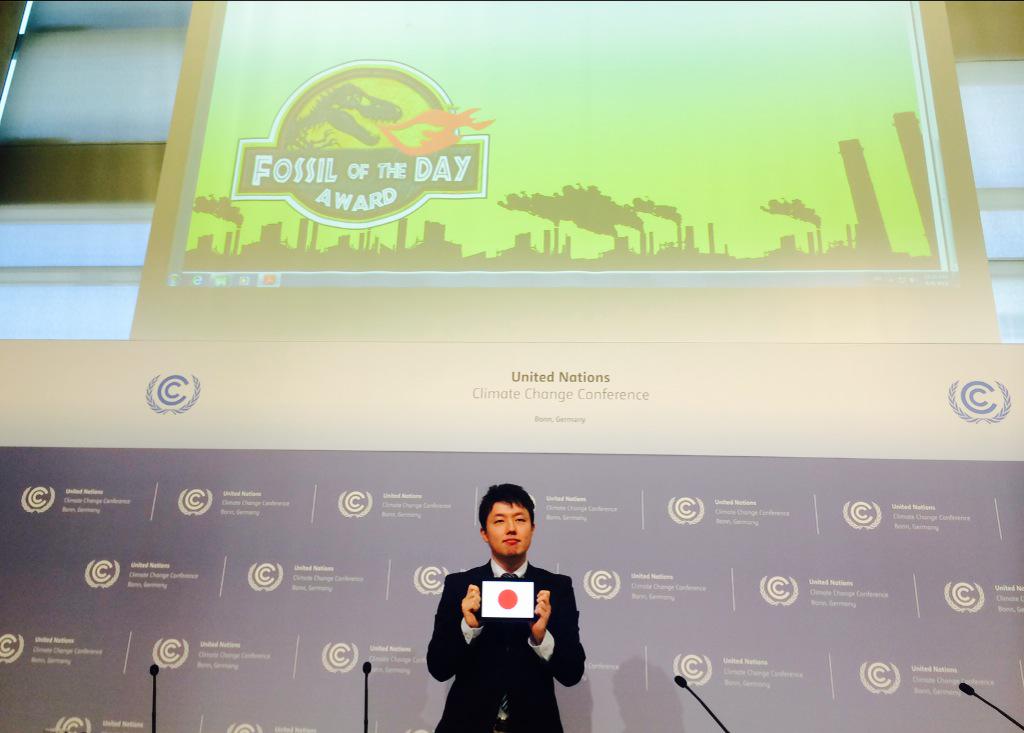 Strike One! Today’s first place fossil goes to Japan for their extremely weak INDC, for using smoke and mirrors (shifting baselines) to fake ambition, and for having the audacity to claim this is in-step with developed country 80% by 2050 targets. Japanese Prime Minister Shinzō Abe will present this weak excuse for an INDC – which equates to an 18% cut on 1990 levels – to G7 leaders this weekend, where he will presumably try to pull the wool over their eyes too. This INDC is not ambitious or fair.
Strike Two! The second fossil award goes to Japan for blocking a proposal from G7 countries that would help development aid and banks work in line with efforts to prevent global temperatures rising beyond the 2C degree threshold. Seriously, does Japan want to lead us towards a world with catastrophic levels of warming?
Strike Three! Japan wins the third fossil for funding carbon intensive coal projects in developing countries. Despite growing criticisms from international community – Japan was awarded a fossil in Lima for this dastardly behaviour – it continues to do so. As long as Japan keeps its dirty coal policy, the fossil awards will keep coming. Japan should be funding renewable energy solutions, not dirty coal.
You’re out! Japan get’s THREE fossil awards