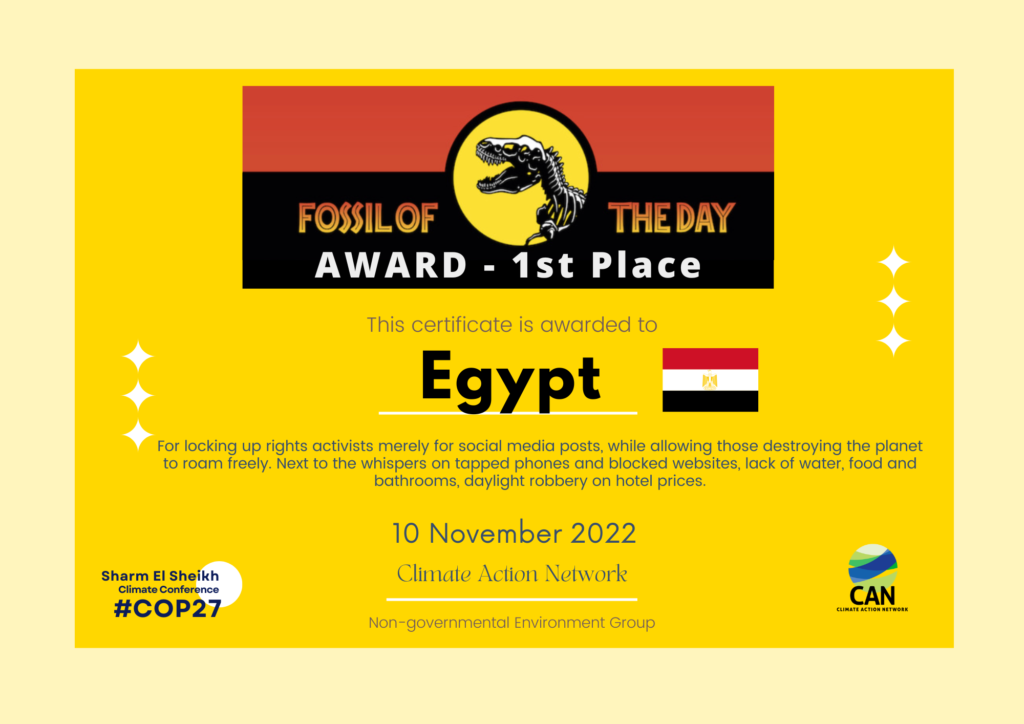 The fact that thousands of delegates, civil society and the world media have converged in a seaside resort town for an important climate conference while tens of thousands of prisoners of conscience are languishing in jails is a different level of dystopia that deserves calling out. We know there can be no climate justice without human rights.

Even more enraging? We now learned there are 600 fossil fuel lobbyists roaming the venue – 25% more than at last year’s COP.  It is outrageous that civic spaces remain severely restricted while those destroying the planet are being welcomed and courted in a climate conference.

And what’s with all the whispers about tapped phones and blocked websites? Here we are trying to focus on the extremely important substance of the climate talks- on loss and damage, climate finance and adaptation which – with all due credit- is at the front and centre of these talks.

We’d be happier without having to worry if the official COP27 app is ‘listening to us’ or bumping into security personnel around every corner or having them barge into closed meetings unannounced and in some cases even disrupting meetings and having to be escorted out by UN security.

As if that wasn’t enough, the lack of water, wifi and affordable food have added to the list of woes. Free Coca-Cola now cannot make up for the parched first few days as water coolers ran dry and the lines at the food stalls snaked through the venue. Not to mention hiking half a mile away to find the nearest restroom only to encounter another long line of restless delegates.

If we thought the daylight robbery on hotel prices was a thing of the past, many complained that hotels insisted on extra charges as a condition for check-in taking advantage of jet-lagged and bleary-eyed travelers who could do little to protest and just give in.

It’s time to get this COP going in the right direction and deliver on climate justice and human rights for all.