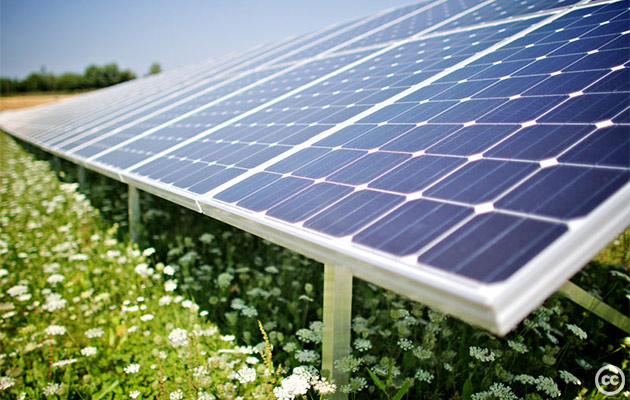 [New Delhi, India] Friday October 2, 2015 – With their national climate action commitment, lodged today, the Indian government has committed to reduce greenhouse gas emissions intensity – the ratio between gross emissions and a country’s GDP  – by 33-35% of its 2005 levels by 2030. To achieve this target  India will ensure that about 40% of its electricity will come from non-fossil fuel sources while it will increase its tree and forest cover to create an additional carbon sink of 2.5-3 billion tonnes of carbon dioxide equivalent.

This commitment from India is a powerful signal ahead of the negotiations in Paris this December which will seek to agree a robust international framework for climate action with the goal of ending fossil fuel emissions altogether, but allowing countries to travel at different speeds to this same end point.  The government has said the new emission intensity reduction targets and adapting to climate change will require approximately $2.5 trillion at 2014-15 prices between now and 2030, and has said that “the successful implementation of INDC is contingent upon an ambitious global agreement including additional means of implementation to be provided by developed country parties, technology transfer and capacity building following Article 3.1 and 4.7 of the Convention.”

Sanjay Vashist, Director, Climate Action Network (CANSA), said, “India, through its announced INDC, demonstrates its willingness to play an important role on the international stage ahead of the climate talks in December in Paris.  India’s signal could no doubt be much stronger – going even further to help the international community avoid unmanageable climate impacts – should the rich and developed countries step up and provide adequate finance and technology support.”

Harjeet Singh, Climate Policy Manager at ActionAid International said “ The devastating extreme weather events in the last few years have pushed India to recognize its vulnerability and prioritize adaptation to the impacts of climate change. In its climate action plan, India shared how its expenditure on programmes with critical adaptation components has increased from 1.45% of GDP in 2000-01 to 2.82% during 2009-10. It is now focusing on several climate sensitive sectors such as agriculture, water management, health and protecting biodiversity. “

According to India’s submission to achieve the above contributions, India is determined to continue with its on-going interventions, enhance the existing policies as detailed in previous sections and launch new initiatives in the following priority areas:

About Us:
Climate Action Network (CAN) is a global network of over 950 NGOs working to promote government and individual action to limit human-induced climate change to ecologically sustainable levels. More at: www.climatenetwork.org