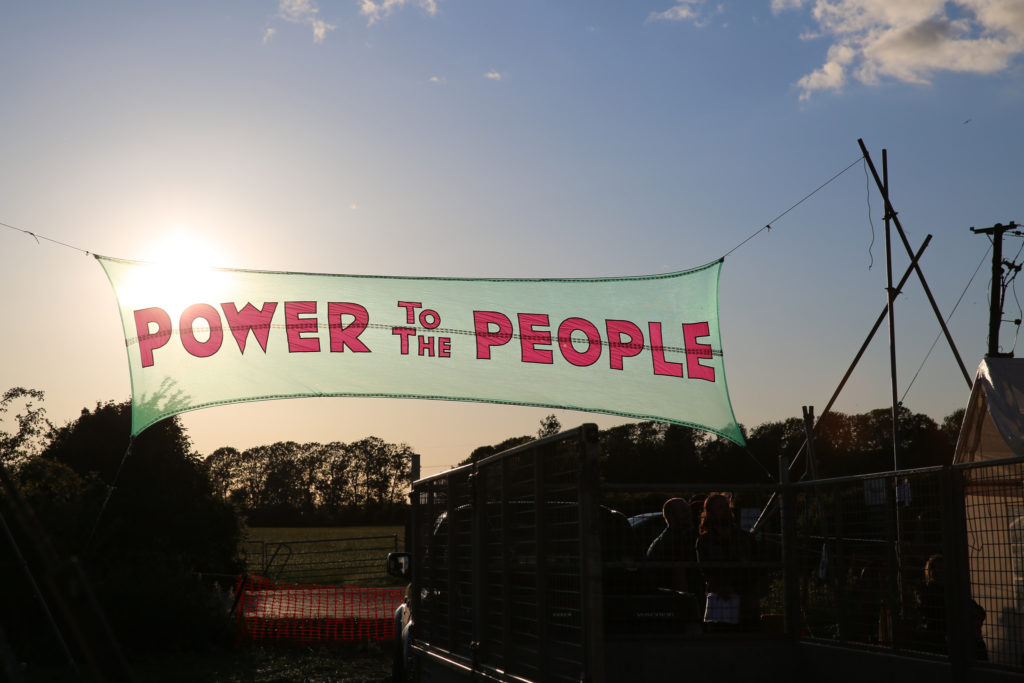 This May and June, youth and faith leaders, along with members of labour, development and justice organisations around the world are calling for the just transformation to a world powered by 100% renewable energy to address our biggest problems – climate change, social inequality, unemployment and poverty.

As we wait for the Pope to call for climate action it is a good moment to round-up some of the actions that people are already taking to tell leaders it is time to rapidly scale up the just transition to a fossil free world powered by 100% renewable energy. It has been an amazing 3 weeks of mobilisation, involving thousands of people of all ages, from all movements and across almost all continents.

Today is no exception, with thousands of people gathering outside the British Parliament to lobby their MP’s, telling them they need to step up national and international efforts to tackle climate change in order to save all that we love. Over the weekend Oxfam arranged colourful, musical rallies in South Africa and across the region calling for more support to strengthen women food producers and to make their communities resilient to climate change. In Seattle, USA days of protests against Arctic oil drilling, that included grannies chaining themselves in a blockade, culminated in a dramatic sea-borne direct action in which hundreds of ‘kayaktavists’ blocked Shell’s Arctic-bound oil rig from leaving port.

In the last few days people on both sides of the Atlantic raised their voices against fossil fuel ties to art institutions. A group of protestors handed over a petition with more than 400,000 signatories calling to the Smithsonian Museum, USA calling for an end to its financial association with the Koch Brothers, two billionaires who fund climate change denial. The Royal Opera House and Tate Modern, both in the UK, were hit by protests calling out their financial ties to BP.

Their message is in tune with the 224,000 people whose petition, calling on “big polluters” to be barred from COP21, was handed over to the UN organisers last week. Fossil fuel pressure groups shouldn’t hold a stake in today’s culture and certainly not in our renewable energy future. We found out last week that nearly two-thirds of people believe that negotiators at these key UN climate talks in December should do “whatever it takes” to limit global warming below a 2C rise and secure this future. The call to governments is growing so loud, it can even be heard in space…

What a weekend! Protesters in Europe and beyond turned up the heat on the G7 leaders. On Friday, Saturday and Sunday thousands of people took to the streets, calling for the leaders of the richest countries in the world to take action on climate change, to boost development, human rights, equality and health. We know that G7 countries could unlock massive benefits for citizens, like improved public health and more jobs, by supporting a fossil fuel phase out, 100% renewable energy and climate finance.

In the Philippines local and global NGOs stood side by side to petition the UN Commission on Human Rights, calling on them to investigate major carbon polluters for human rights violations, that have or will result from the impact of climate change. On the other side of the planet, in the USA, 5000 people marched against tar sands and demonstrated their solidarity with indigenous communities impacted by this dirty industry.

People continue to make their voices heard as G7 leaders prepare to close their Summit and countries prepare for the final week of UN climate negotiations in Bonn.

This week we have seen amazing activities all over the world with people turning up the heat on government and business leaders as UN negotiations in Bonn unfold and the G7 summit approaches this weekend. It is evident that the many people-induced political earthquakes are merging into a seismic shift that world leaders cannot ignore. Leaders turning a blind eye on people across the globe, across demographics and across movements  – all calling for a just transformation to a world powered by 100% renewable energy – simply isn´t an option.

Today we all received the amazing news that Norway is divesting its $900 billion dollar sovereign wealth fund from dirty coal – a great example that shows what people power can achieve. Also in Norway, unions lobbied for more climate action in a week of relentless campaigning that has seen unions from Brazil to Bangladesh rally under the banner “no jobs on a dead planet”.

We have seen a women´s climate justice mobilisation in the US, while Avaaz and actor Mark Ruffalo pushed their global petition calling on Angela Merkel and G7 other leaders to ditch fossil fuels and go 100% clean – this has gathered the support of 2.7 million people.

Thousands of people protested against coal expansion in the Philippines, coinciding with a WWF rally in Germany, calling for G7 leaders to be strong on climate and go 100% renewable. Today Alternatiba very nicely kicked off the weekend by embarking on their 5000 km Climate Ride. On avance!

Yesterday and today we witnessed a surge of mobilisations, following actions in 30 countries on Saturday, as a fresh wave of people joined the call for a just transformation away from a world hooked on fossil fuels to one powered by 100% renewable energy – to address climate change, social inequality, unemployment and poverty. As momentum gathers it’s no wonder fossil fuel firms are running scared.

1000 people in Senegal rallied together for the country’s first ever climate march, calling for an end to dirty energy. The fossil fuel industry was also the target for a number of successful actions in the UK where a coal conference was shut down, among other disruptions. The coal industry also came under pressure from people in 60 cities calling for host Angela Merkel to push the world’s richest countries to quit coal at the G7 Summit.

Another political arena placed under the spotlight was the UN climate negotiations in Bonn, where trade union delegates under the “No jobs on a dead planet” theme handed in their demands for the global climate agreement due to be forged in Paris in December. They are calling for a climate agreement that phases out fossil fuel emissions and unlocks clean, secure jobs in renewable energy. Unions have started to mobilise for a week of action, to push these demands in capital cities around the world.

Check out this great video from Greenpeace which shows some of the many activities over the weekend.

Today people in more than 30 countries mobilised to rally against fossil fuels, call for 100% renewable energy and tell leaders that they want bold climate action now.

In Germany people called for Chancellor Merkel to show climate leadership and phase-out coal, in the Philippines faith groups rallied for 100% renewable energy, in Nigeria youth groups challenged the incoming President to take climate action, in Japan people supported a petition for solar power, and in Indonesia groups rallied in the streets calling on their government to ditch dirty energy. To mention a few.

Today people around the world took part in a range of actions, across cities and open fields, the first in a flotilla of mobilisations that will continue to launch into the month June. We witnessed people pitching climate camps outside dirty power stations and rallying outside fossil fuel company AGMs – tomorrow many more will join in the action. As climate impacts strike, we encourage you to support these actions and help amplify the joint call for urgent climate action.