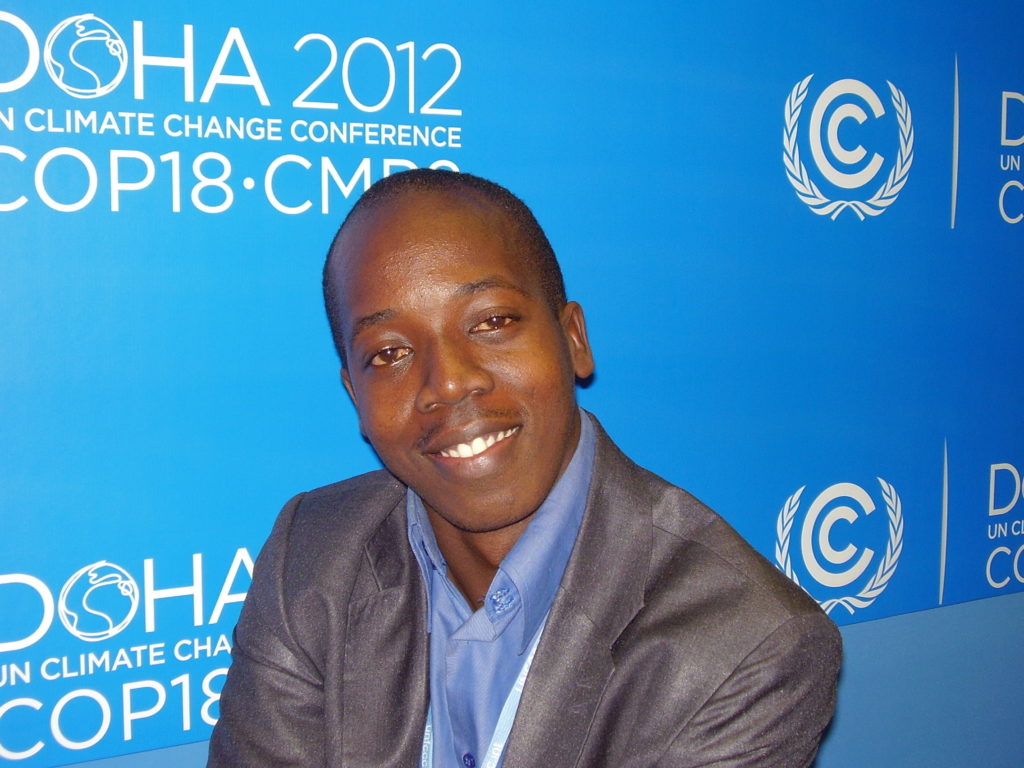 From the 26th of November to 7th of December 2012, the 18th Conference of Parties (COP-18) to the United Nations Framework Convention on Climate Change (UNFCCC) and the 8th Conference of the Parties serving as Meeting of the Parties to the Kyoto Protocol was held in Doha, Qatar. This crucial time attracted the attention of thousands of people whose shared interest can be described simply as: AMBITION.

Climate and Development Network, which brings together over 70 Francophone civil society organizations, was present and reminded us this conference is an important milestone and a chance for humanity to decide not to follow the critical path to 3.5 and 6 °C.

"We will work to remind negotiators Africans and others from around the world that we need clarity, fairness and ambition!" says Ange David Baimey, Project Coordinator of Climate and Development Network.

Thousands of participants and observers have low expectations from their respective countries as far as a commitment to amending the 2nd period of the Kyoto Protocol, set to expire in a few days. Instead, there were only revised reduction targets that have actually increased.

Also, the Durban platform, launched at South Africa's COP 17, takes us into a new negotiating framework requiring a particular focus on loss and damage, as well as enabling African communities to adapt to the consequences of climate change. There has been an increasing number of floods and droughts in these regions, causing negative impacts to crops. It is necessary that adequate resources are made available to these areas.

"Communities continue to suffer, we cannot emphasize this enough! COP 18 needs to clarify the financial issues with early funding periods ending without fulfilling its proposed outcomes. We need specifics as to what will be done next year and each subsequent year leading up to 2020," says Aissatou Diouf, Communications Officer at Energy Enda Senegal.

Doha should lead to an ambitious agreement that commits all parties, especially developed nations, on issues such as agriculture, energy and technology transfer, in the spirit of integrity and justice.