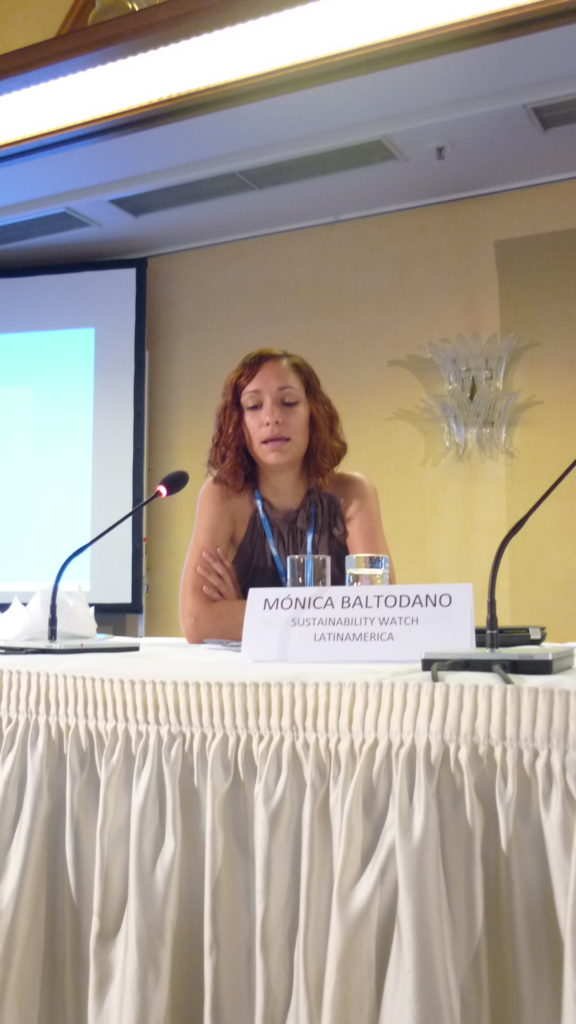 While the negotiations in the UNFCCC concluded in the Bangkok intersessional meeting in September 2012, many questions arise for us in preparation for COP 18 in Doha. Can we find any logical relationship between developed countries’ claims that this was an “informal session, meaning “no-negotiation-text” should be agreed in Bangkok, while we read there´s super-shrinkage of the Arctic sea ice?

The massive heat wave melting the Arctic is just one –of many- clear signals that expose governmental representatives of countries around the globe aren´t achieving what they are supposed to in UNFCCC negotiations. The ultimate objective of United Nations Framework Convention on Climate Change is to guarantee the “stabilization of greenhouse gas concentrations in the atmosphere at a level that would prevent dangerous anthropogenic interference with the climate system”. But, that clearly can´t be achieved if developed countries are limiting the negotiation process, hiding their lack of political will to act with procedural claims and “formality” excuses.

Coming from a highly vulnerable country to the impacts of climate change, this seems more like a bad joke – not funny at all. Even though we understand that climate change claims for actions in the developing world, particularly in emerging economies, we cannot accept this to be an excuse for developed countries not to act as needed.

When we hear United States, Australia, Japan, Canada, Switzerland, the European Union, New Zealand and others saying there is not supposed to be any negotiating text on adaptation issues and finance under the LCA, we fear this is leading to a dead-end. Of course, there is clearly a much needed link between, for instance, Adaptation Committee, Standing Committee and Green Climate Fund Board´s work. Why would developed countries fear this should be in an agreed text coming out of Doha?

There are no “political skills” necessary to understand that this might mean they are not truly committed to fund adaptation actions in our countries as needed (i.e. promptly and effectively). If this is true, it would certainly undermine any strong effort in the most afflicted countries, including LDCs, SIDs and Central American countries.

We surely expect that, in the road to Doha, these countries find the logical connection between “we are sinking” –in all of its meanings- and the need to complete the work in the LCA track. This means an agreed outcome is a MUST, including a clear agreement on international finance for adaptation actions to take effect now.