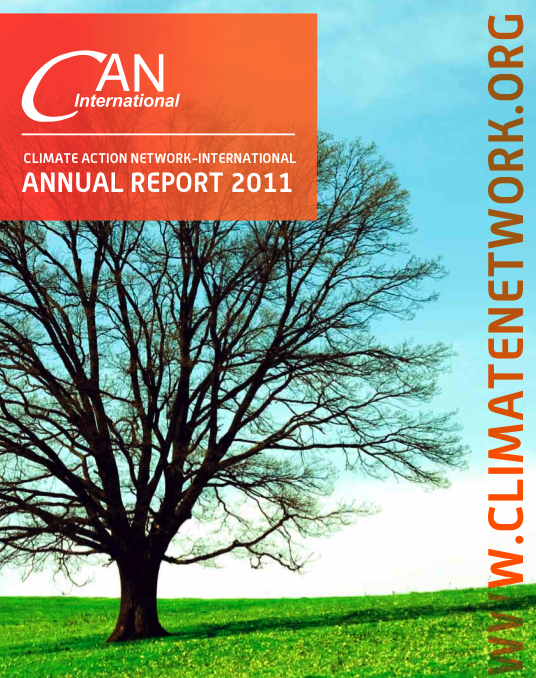 As the international climate negotiations are moving at a slow pace, developing countries are creating new policies to deal with climate change; a new report by a coalition of NGOs demonstrates that civil society is critical to policy processes that aim to tackle climate change and protect the poorest and most vulnerable communities from its impacts.

BONN, 21 May — Civil society plays key roles in pushing for new laws, programmes, policies or strategies on climate change, in holding governments to account on their commitments; in identifying the lack of joined-up government responses to climate change; and in ensuring that national policy making does not forget the poor and vulnerable.

These are the findings of a report launched today at the UN climate talks in Bonn by a coalition of more than 20 civil society networks in developing countries, with support from the International Institute for Environment and Development (IIED) and CARE through the Climate Capacity Consortium.

The report — Southern voices on climate policy choices:  civil society advocacy on climate change—provides an analysis of the tools and tactics advocacy groups use to influence policy responses to climate change.

The report highlights the importance to civil society networks of engaging with the media to reach the general public and key decision-makers, and of having good relations with governments to influence policy making and planning.

In Zimbabwe, for example, the Climate Change Working Group has successfully advocated for a new national climate change strategy. And as a result of advocacy activities by the Cook Islands Climate Action Network, a climate change unit has been established within the office of the Prime Minister to ensure that the issue falls within the portfolio of the highest government officials.

The report also describes how civil society advocacy efforts have influenced international processes, donors and multilateral organisations such as the World Bank, and in some cases the private sector.

“Many of even the world's poorest countries now have active civil society coalitions that work on climate change, and they are increasingly influential,” says the report’s editor Dr Hannah Reid of IIED. “These coalitions can play an important role as bridges between vulnerable communities and those with the power to enact policies that can protect people from the impacts of climate change. This report will help these coalitions learn from each other as many operate in isolation.”

William Chadza from the Civil Society Network on Climate Change in Malawi says: “It is interesting for us to see how colleagues in countries as distant as Vietnam work with vulnerable communities as they adapt to climate change and strive to ensure their government can address these people’s concerns.”

“While some governments in industrialised nations seem to ignore climate change, this report shows how in the global Southern civil society organisations are working hard to promote solutions and climate justice for those affected.”

The report also describes some of the challenges experienced by these coalitions. Many acknowledge that they lack the skills and resources they need to meet their advocacy objectives. And where relations between government and civil society are weak, civil society involvement in key policy making arenas has not been adequate.

The report includes contributions from more than 20 climate networks and their member organisations in Africa, Asia, Latin America and the Pacific. The networks work together in the Southern Voices on Climate Change programme, which is funded by the Government of Denmark through the Climate Capacity Consortium, comprised of four Danish NGOs, Climate Action Network International and IIED, with CARE Danmark as the lead agency.

Embargoed until 21 May 2012 at 11.30am CET. The report will be launched at a press conference at 11.00am on Monday 21 May at the intergovernmental negotiations under the UN Framework Convention on Climate Change. The Press Conference Room is HAYDN, located on the first floor of the Hotel Maritim <http://www.maritim.de/de/tagung/deutschland/hotel-bonn/tagungsraeume>  and the press conference will be broadcast live on the Internet.

After the embargo lifts, the report will be available online at http://pubs.iied.org/10032IIED.html