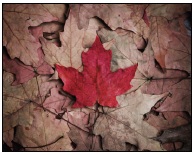 Under Stephen Harper the Canadian Government has become a seasoned veteran when it comes to dealing with criticism for their lack of action on climate change and reckless approach to tar sands expansion. This week in Canada, there has been a triple blow to the Government’s climate and energy policy from some prominent sources:

– National Round Table on the Environment and the Economy – this para-governmental institute with close ties to the conservative government released a report that estimates climate change impacts and adaptation costs in Canada have been seriously underestimated.  The report finds that these costs could reach between 21 and 43 billion dollars per year by 2050.

– Canada’s Environment Commissioner – the Government’s own watchdog, issued a report saying he could find no evidence that the government had any plan that would come close to reaching even its own weak GHG reduction targets.  He went on to berate the government for basing tar sands projects on “incomplete, poor, or non-existent environmental information.”

– European Commission – despite years of aggressive lobbying by the Canadian and Albertan Governments, the European Commission is sticking to the science and insisting that their Fuel Quality Directive reflect the high GHG content of the tar sands. This precedent-setting decision, sends a clear signal reinforcing the truth that the tar sands are one of the world’s dirtiest fuels.

Responding to questions in Parliament on these reports Environment Minister Peter Kent tried to reassure his colleagues that, “our government has definitely not given up on the environment.” One could almost hear the proverbial ice melting from under his feet.  Oh Canada!