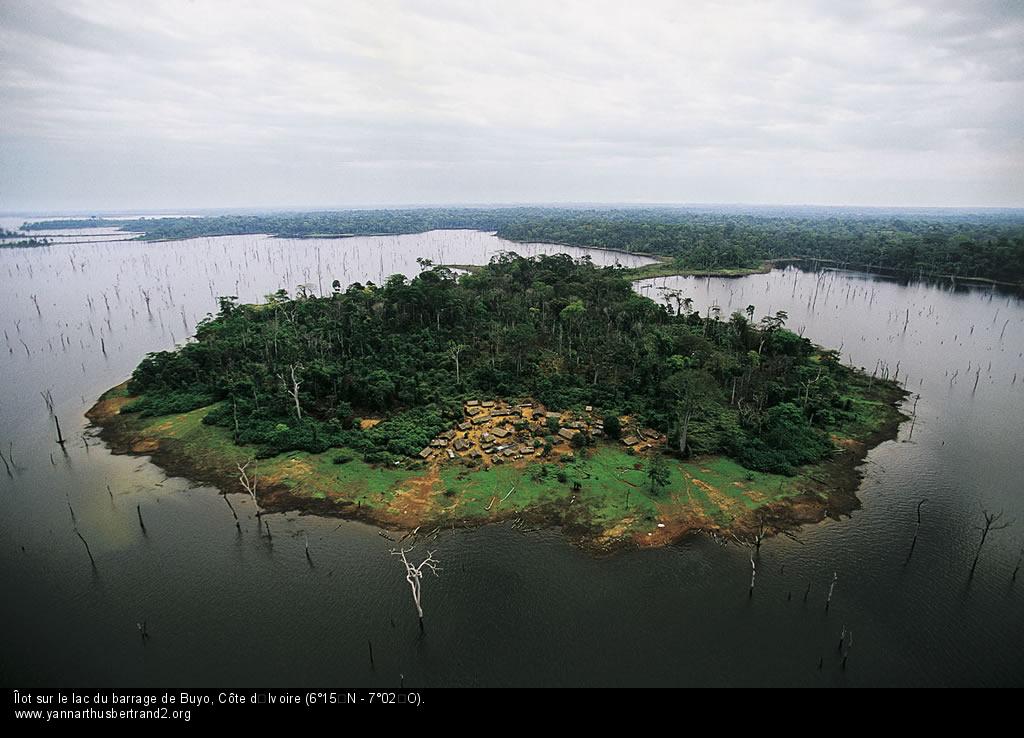 Over the past several decades, Ivory Coast like many countries in West Africa has experienced intense drought events. This was the consequences of an estimated gap of about -20% to -60% in rainfall which resulted in a deficit of river runoff ranging from -30% to -80% as reported by several scientific studies.

Meanwhile, the social and economic development of these countries predominantly based on agriculture has not been integrated into a planned response to environmental threats. Some action has been taken by the Government however despite the efforts by the governments- the actual action undertaken towards improving environmentally sound practices remain weak. The most immediate effect of this reduced water availability is the threat to activities like rain-fed agriculture which is the primary option for the poorest farmers to make a living.

Industrial crops like cocoa and coffee are also at risk. Ivory Coast is the first cocoa bean producer in the world however due to changing climate patterns people are leaving old production area located in the north-east part of the country to establish new cocoa plantation in suitable areas located in the south-eastern part of the country. This shift in geographical location for plantations has a serious side-effect. Since the 1960s, Ivory Coast which was a heavily forested country has lost about 80% of its forest area.The remaining forests are located in the south-eastern part of the country within the National Park of Taï – which is one of the remaining forest of the Guinean variety. Nowadays due to increased pressure on land due to the need for finding suitable agricultural land this area too is under encroachment by groups looking to set up plantations.

Thus climate change has not only affected agriculture, climate change has also brought about severe damage to other infrastructure projects like hydro-power plants. As far back as 1983-84 the country was in the throes of major power cuts because all the hydro-power dams were almost dry due to an unprecedented drought episode. This situation continues to haunt us even today (Hydroelectricity accounts for only 27% of the net national energy production). The government continues to sanction more hydro power projects even issue related to resettlement of displaced population during the construction of hydropower dams earliest are still unresolved and on the agenda.

To help address such complex and crosscutting issues of the nexus of water, society and climate change, urgent and strong measures must be taken both at national and international level. For my country it is not an option to continue to deal with a dual edged sword of poverty and climate variability. As an African I have a question to ask – are we going to accept a new failure under the climate negotiations in Cancun?