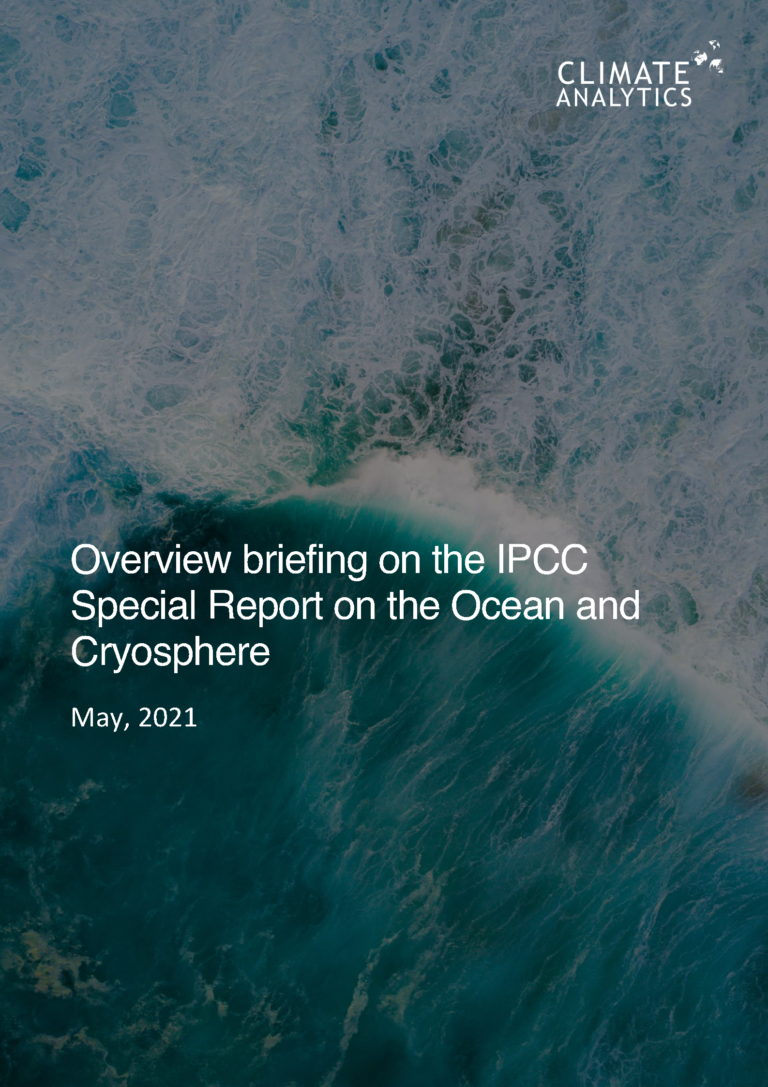 The ocean remembers – the new dimension of climate legacy

The IPCC Special Report on Global Warming of 1.5°C sent a message of urgency. The IPCC Special Report on the Ocean and Cryosphere in a Changing Climate re-emphasises it and adds the dimensions of legacy of our actions. It shows how changes in ocean and cryosphere will continue for centuries and millennia even after emissions have seized. Sea levels in 2300 might exceed 3.5m under very high emission scenarios, and only achieving the Paris Agreement temperature goal would give a good chance to hold 2300 sea level rise below 1m.

The climate reality to date

Impacts of climate change on ocean and cryosphere are already unequivocal today; marine heatwaves’ frequency has doubled in forty years and caused irreversible loss, such as for the Great Barrier Reef that has already lost 50% of its shallow-water corals. Limiting warming to 1.5°C would lead to a decline by a further 70-90% at 1.5°C with larger losses (>99%) at 2°C at the end of the century, emphasizing the need for urgent action but also the loss and damage inferred by climate change to these unique and precious systems already.

Changes are pervasive and observed from high mountains, to the polar regions, to coasts, and into the deep ocean, strongly exposing communities who live in connection to these environments. Loss and damage is already a reality for vulnerable coastal communities, some of them being forced to migrate.

The IPCC assessment reveals the benefits of ambitious mitigation and effective adaptation for sustainable development and, conversely, the escalating costs and risks of delayed action. It also establishes how adaptation can only delay impacts in ocean and cryosphere, and not be a ‘solution’. Limits to adaptation can be reached and exceeded if warming exceeds 1.5°C; adaption costs for coastal adaptation alone for some small island states can amount to several percent of GDP.

Under a high greenhouse gas emission scenario (RCP8.51 ), at the end of the century, the ocean will have taken up 5-7 times more heat compared to the observed accumulated ocean heat uptake since 1970; marine heatwaves will be 50 times more frequent; sea level rise will reach around 0.84 m with respect to 1986-2005; the global-scale biomass of marine animals across the food-web will decrease by 15%, the maximum catch potential of fisheries by 20%. Millions of people are and will continue to be threatened by sea-level rise, even under a low emission scenario (RCP2.62 ).

Recent science has found that at 2°C warming, the West Antarctic Ice Sheet would reach a tipping point. In addition, emissions implied by present day NDCs would commit the world to sea level rise above 1m in 2300 with the NDCs of the biggest five emitters (China, US, EU, India, Russia) alone contributing about 12cm. In addition, new elevation data has revealed that three times more people might be vulnerable to sea-level rise and coastal flooding than previously thought.