International Youth and NGOs award USA first “Rio Fossil of the Day” at Earth Summit Award given for backpedaling on 1992 commitments. 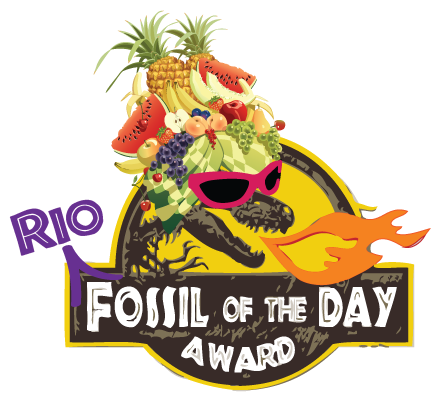 At the opening of the Rio+20 Conference on Sustainable Development the United States of America was awarded the inaugural Rio Fossil of the Day. The Rio Fossil Awards will be presented daily throughout the negotiations highlighting the country or countries who do the least to support progress (or the most to block it) on issues relevant to climate change, such as energy, forests, and the green economy.

Today’s award was given to the United States for the overall strength of their commitment…to not having any real commitments. This fossil recognizes the United States' (once the considered the only remaining superpower) efforts to delete meaningful commitments from various parts of the negotiation text all through the day yesterday.

The Rio Fossil as presented read:

"This first recipient of the Rio Fossil has consistently refused to commit new funding to sustainable development initiatives in the Rio+20 process, despite handing out upwards of $521 billion to big polluters – more than enough to invest in a just and sustainable future at home and abroad.

The US has actually been deleting meaningful action across the board, such as disregarding the Rio Principle on Equity (Principle 3) – asking for its deletion from the entire text to be replaced by the term ‘inclusiveness’, rejecting the urgent need to work towards advancing sustainable consumption and production patterns , and blocking the launch of a High Seas Biodiversity Agreement to protect marine life in the high seas, which cover 64% of our oceans.

The first Rio Fossil goes to the United States of America!

The United States may have taken the first Fossil, but the field of candidates is opening up, and there are plenty of chances to get on, and off the Fossil podium. The U.S. has a real shot at not being a Fossil if they can become a champion on strengthening commitments and setting an ambitious timeline on ending fossil fuel subsidies in Rio.”

The presentation of the award took place at the RioCentro conference center at the Rio Fossil award ceremony. Organized by youth and NGO’s from across the globe the award was presented in a mock ceremony and accepted on the United States' behalf by Brendan Schoenman from the United States.

“As a young person representing the United States I regret-fully accept this award on behalf of my government" said Brendan. "Although I hope that I never have to stand up and accept this award again and that US steps up to be a champion here in Rio."