India Earns First place (and only) Fossil of the Day 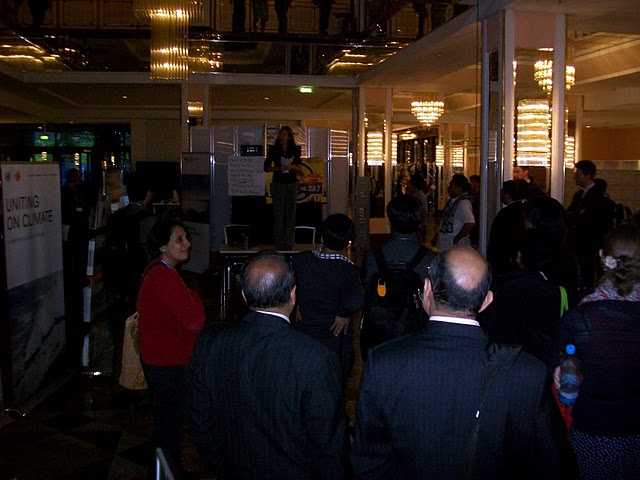 Bonn, Germany – Alone among countries shamed for doing the most to block
progress in the United Nations climate negotiations today, India earned the first and
only place Fossil for supporting nuclear power as a “clean” option under the UN's
Clean Development Mechanism, 3 months and 3 days after the Fukushima crisis.


The Fossil as presented read:


“The first place fossil goes to India for supporting the inclusion of nuclear energy in
the Clean Development Mechanism in Monday's AWG-KP mechanism spin-off
group. In the wake of the Fukushima nuclear disaster, we don't understand why
anyone would want to go down that expensive and dangerous path when other
options, such as renewables, are available. The CDM is supposed to support
sustainable development, so let's develop safely, sustainably and in a climate-friendly
way.”
_____________________________________________________________________
About CAN: The Climate Action Network is a worldwide network of roughly 500
Non-Governmental Organizations (NGOs) working to promote government and
individual action to limit human-induced climate change to ecologically sustainable
levels. www.climatenetwork.org
About the fossils: The Fossil of the Day awards were first presented at the climate
talks in 1999  in Bonn, initiated by the German NGO Forum. During United Nations
climate change negotiations (www.unfccc.int), members of the Climate Action
Network (CAN), vote for countries judged to have done their 'best' to block progress
in the negotiations in the last days of talks.
###