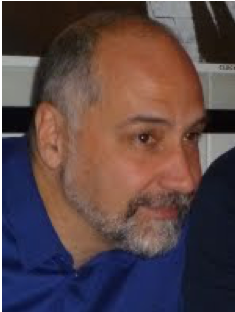 Santiago Lorenzo Alonso is an economist and has an MSc in Environmental Assessment and Evaluation in the London School of Economics and Political Science. Currently, he is a PhD candidate for the Autonomous University of Barcelona on Environmental Sciences/Ecological Economics. He is Member of the GGKP Fiscal Instruments Research Committee since November 2014. He is a LEAD fellow since 2003 (Mexico Program, cohort 10).

His previous appointment was as Climate & Finance Expert for WWF Global Climate and Energy Practice from 2012 to 2018. During this period, he also was appointed as the Advocacy Lead for the WWF Seize your power global campaign (2013-15).

Formerly he was the Deputy General Director of Multilateral Environmental Agreements in the International Affairs Unit of the Mexican Ministry of Environment and Natural Resources.

From 2001 to March 2007, he was Director of the Legal and Environmental Analysis in the Mexican Ministry of Finance. He coordinated the development of environmental fiscal instruments and the review of perverse subsidies.

Previously, his former appointment was at the Mexican National Institute of Ecology as Director of Environmental Economics. He also was vice-chairman in the OECD working group on economics aspects of biodiversity (1999-2001). Through this period, three handbooks were edited.

Santiago has also been involved in several researches and publications, as author, co-author or reviewer mostly in the issues of economics & policies in biodiversity and climate change from sustainable development approach. Participating as keynote speaker, panellist and negotiator in many meetings, conferences and multilateral negotiations.