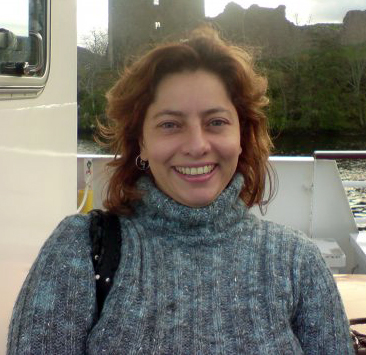 The Communications Coordinator – Campaigns delivers strategy to effectively promote 100% renewable energy campaigning and other network priorities. The coordinator works with CAN members, nodes and other allies to deliver internal coordination and alignment around key narratives, they also work with the CAN network and media to deliver impactful campaign interventions.

Hala joined CAN as Senior Communications Officer in October 2016. Previous to that, she worked as Outreach and Public Engagement Director at the Qatari Presidency of the 18th Session of the Parties (COP18) to the UN Framework Convention on Climate Change (UNFCCC) and the 8th session of the Conference of the Parties serving as the Meeting of the Parties (CMP8) to the Kyoto Protocol. She led the Presidency’s legacy programme for a year after the conference. Her work consisted of engaging all Observers to the convention including ENGOS, BINGOS, RINGOS, and Indigenous and Gender groups, which gave her deep insight into their work. Hala played a key role in integrating Observers’ asks in COP18’s final outcome.

Prior to this, she served as West Asia and Middle East region’s Poverty, Equity and Gender Programme Coordinator at the International Union for Conservation of Nature (IUCN) where she worked closely with members and global partners such as UNEP, UNDP, UNOCHA, the Italian Cooperation and the Swiss Agency for Development and Cooperation to advance the conservation of natural resources relying mainly on indigenous methods and focusing on conflict and the environment. She led a task force that assessed the impact of 2006 on Lebanon’s natural resources and contributed to restoration efforts especially in the clean-up of the Lebanese shoreline from the polluting oil spill.

In between, Hala has engaged in International Consultancies with the EU, the UK Department for International Development (DFID), IUCN and Dubai Municipality on respectively strengthening the capacity of civil society organizations and combatting illegal logging in the Congo Basin and developing conservation strategies for the Middle East region. She therefore actively worked in Central and North Africa namely Cameroun, Tunisia, Lebanon, Jordan, Saudi Arabia and Dubai. Her background also includes development as she served as Senior Economic Development Officer with Mercy Corps and other USAID funded programmes to create jobs and economic opportunities through ecotourism.

Hala also worked as a journalist with the Guardian covering the early years of the Arab Spring and as an environmental reporter with the English language Lebanese daily newspaper The Daily Star.