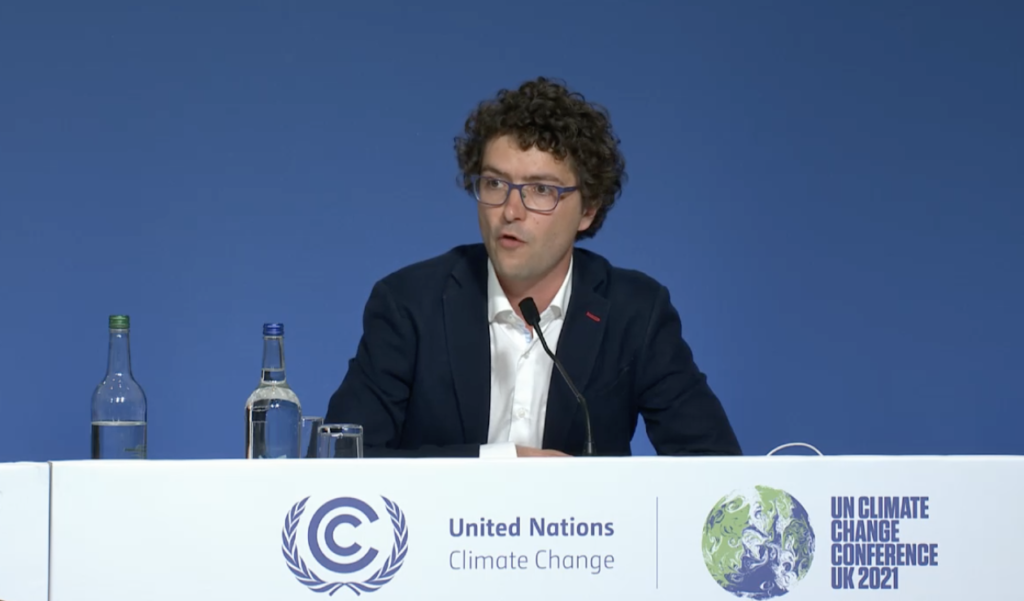 11 November, Glasgow: Today, in negotiations under Article 6, which deals with the rules on carbon markets under the Paris Agreement, an increasing number of countries are backing proposals which would exclude corresponding adjustments from being applied to “other international mitigation purposes”.

This means they will allow rules that could lead to an emission reduction to be counted by both the country where the reduction took place and by a company financing it. This way nobody would know if the reduction paid for by the company is simply replacing another reduction that the host country was going to achieve anyway to reach its nationally determined contributions (NDC). A deal of this nature that allows double counting seriously risks undermining ambition and paving the way for accounting tricks on emission reduction.

The current text does not include the establishment of an independent grievance mechanism, meaning that communities negatively impacted by these carbon mechanisms would be denied access to justice and redress. Moreover, the current text ignores Indigenous Peoples’ right to Free, Prior and Informed Consent.

“During this final stage of COP26, USA, Brazil, Japan and the UK Presidency are caving in to fossil fuel interest to allow companies to greenwash their climate impact and brand themselves as carbon neutral, even though there is no certainty that these companies will really pay for extra emission reductions. Voluntary carbon markets and offsets cannot be used as an excuse for real climate inaction.” – Sam Van den plas, Policy Director, Carbon Market Watch

“With hundreds of fossil fuel lobbyists at COP26, it’s not surprising to see how governments are endorsing loopholes under the Paris Agreement to help them greenwash their business. Article 6 rules cannot leave the door open for mass-scale assaults on human rights. The current deal is unacceptable, countries cannot put the profit of the fossil fuel industry before people and planet.” -Catalina Gonda, Fundación Ambiente y Recursos Naturales

“We need real reduction, and to keep fossil fuels in the ground. Carbon offsetting perpetuates the theft of Indigenous people’s land and our territories. Our brothers and sisters have been protecting their lands and forests for thousands of years. Carbon offsets are a new form of colonialism.” – Tom Goldtooth, Exec Director of the Indigenous Environmental Network

“With the clock counting down, COP26 negotiators are steamrolling over their obligations to uphold human rights while they pursue a quick deal that will only benefit fossil fuel interests. Staying the current course will show COP26 to be an abject failure, with negotiators showing a willingness to abandon the social and environmental integrity of the Paris Agreement, while opening the door to a Pandora’s Box of false climate solutions. If adopted in Glasgow, it will be impossible to go back and correct for a system that sets up human rights abuses, that undermines States’ ambition, or that blows a hole in the progress made on the fossil fuel phase out.” – Sébastien Duyck, Senior Attorney Human Rights & Climate Campaign Manager, Center for International Environmental Law (CIEL)

“If offsets are a scam, double counting of emissions reductions is a slap in the face. It’s essential to close the loopholes that could blow a hole through the Paris agreement. We need zero offsets and strong regulation to cut emissions until the gap to reach 1.5 C is closed, while protecting environmental integrity and upholding human rights.
“Negotiators must stop the greenwashing monster that the UN Secretary General warned against. We cannot leave Glasgow with an Article 6 Agreement that is littered with loopholes that undermine real climate action.” – Juan Pablo Osornio, Head of COP26 Delegation for Greenpeace International

CLIMATE ACTION NETWORK
Climate Action Network (CAN) is a global network of over 1500 NGOs in more than 130 countries fighting the climate crisis. More information on www.climatenetwork.org