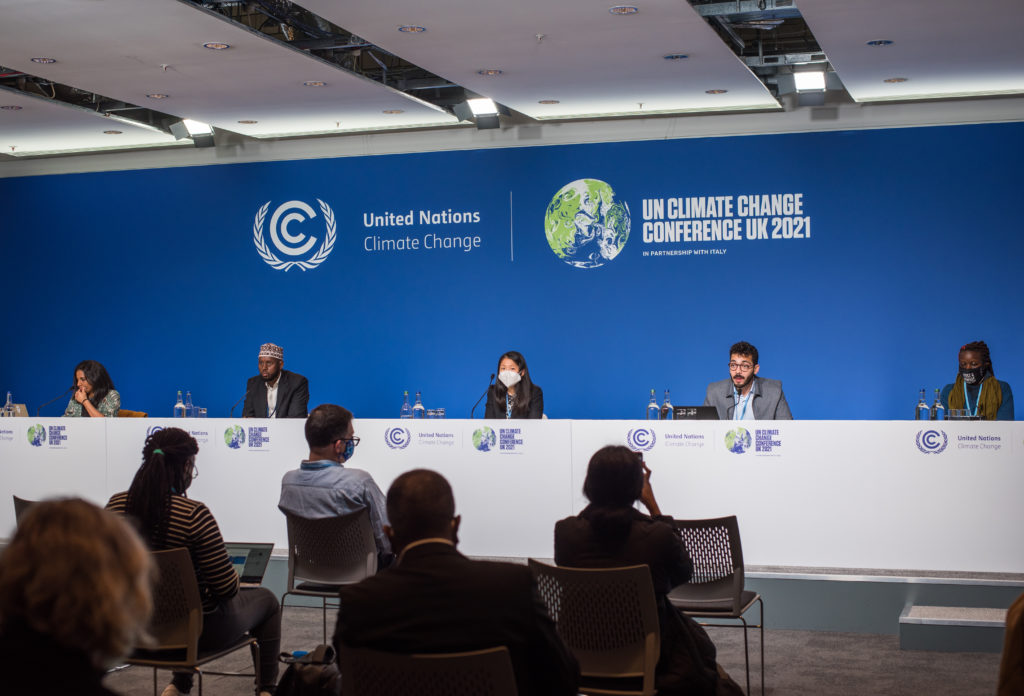 4 November 2021, Glasgow: There is still a gulf between levels of climate finance the global South needs and what has so far been put on the negotiating table in Glasgow, today’s Climate Action Network media briefing at COP26 heard.

Current high levels of political inaction will lead to a disastrous future for developing countries and disadvantaged people who are already witnessing the devastating extreme weather events causing catastrophic Loss and Damage.

The speakers also called for concrete actions to tackle the “elephant in the room” and phase out fossil fuels.

On current predictions of a 2.7 C degree temperature rise by 2100, the impacts and suffering from climate change amongst poorer nations are set to increase unless there is determined international support and increased climate finance ambition.

He said: “The $100bn that was promised to the developing countries to support adaptation and mitigation hasn’t been provided and here we are 12 years later still looking for the finance to materialise. It will require heavy lifting from the UK Presidency if we are going to come out of Glasgow with any real agreement apart from the range of declarations that create hype but remain hollow.

Jean Su, Director of the Energy Justice Program, Center for Biological Diversity, hailed the announcement that 20 countries and five financial institutions will halt all financing for fossil fuel development overseas and divert the spending to green energy instead by the end of next year as progress.

Calling this a “a welcome development” that will shift $18bn per year from fossil fuels to renewable energy she did, however, caution that the initiative has not been signed by some of the top emitters such as China, Japan and Korea, and will not include pending, domestic and abatement projects such as CCS.

She said: “From 2018-20 the G20 have committed $180bn to fossil fuels which is 2.5 times the amount they have put into renewable energy and that is absolutely atrocious. We need to ramp up renewable energy finance to $4tn by 2030 if we are going to beat the climate emergency. Finance needs to go to develop renewables in the global South to deal with Loss and Damage, and spark a new energy economy in places that have been devastated by fossil fuel extraction  ”

Eddy Perez, International Climate Diplomacy Manager, CAN Canada, also stressed the need for progress beyond mitigation and strong leadership from the UK to apply much needed focus to negotiations.

He said: “Part of the challenge right now is how much time finance negotiators have to deal with this and the role of the UK presidency to streamline talks and make sure we are able to make substantial progress in the technical discussions and achieve the necessary outcomes from Glasgow.”

Ineza Grace, Co-founder, Loss and Damage Youth Coalition, called for real political leadership as a matter of urgency and for better operation of the Warsaw International Mechanism (WIM) on Loss and Damage so it can respond to the real needs of people suffering from impacts.

She added: “What we need at COP26 is to establish a process to identify the scale of funding needed to address Loss and Damage and suitable mechanisms to deliver the finance to developing countries. The outcome must be presented at COP27 to start delivering Loss and Damage finance thereafter. ”