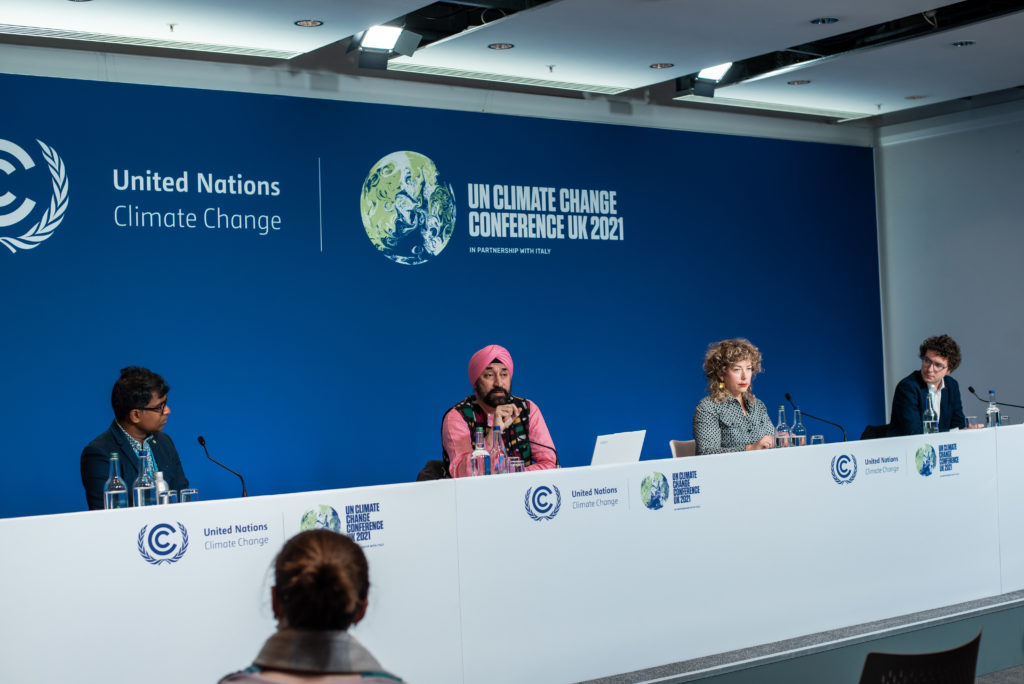 Issues persist on lack of access to civil society to key meetings at the UN climate talks.

3 November 2021, Glasgow: Against the context of the ongoing pandemic and the widening gap of access to vaccines between rich and poor countries, the Climate Action Network media briefing today at COP26, the UN climate talks, stressed that leadership on the climate crisis must be urgently stepped up and cannot mirror the poor global response to the Covid19 pandemic.

Speakers today highlighted that success of the COP26 rests on real, measurable and scaled up finance to support those already facing irreversible climate impacts known as ‘loss and damage’.

With climate breakdown impacting lives and livelihoods, there needs to be a just transition away from fossil fuels and climate justice needs to be at the heart of the climate agenda.

Danny Sriskandarajah, Chief Executive of Oxfam GB, said rich countries, particularly the UK as host of this COP, should show stronger leadership in addressing climate change and in securing more finance for those facing catastrophic impacts as a key outcome from the talks.

He said: “The reality of climate breakdown across the world and, particularly in the poorest and most vulnerable countries, is real and is happening now. It’s going to be disastrous and yet on those key agenda items here we haven’t seen sufficient detail of how rich countries are going to deliver on their promises.”

Harjeet Singh, Senior Adviser, Climate Action Network International, described the flurry of headline grabbing announcements over the past few days as merely “lip service” and emphasised the need for finance for Loss and Damage and solidarity on climate action based on equity and justice.

He said: “We see leaders making statements so they can make headlines. The devil is in the detail and people are suffering right now. Every year millions are displaced and there is no support available to those impacted by the climate crisis.

“ CAN will judge the outcome of this climate conference on how developed nations stand in solidarity with vulnerable people. If there is no finance commitment on Loss and Damage for developing countries, we will call this COP a failure.”

Access to the COP26 venue, particularly for registered civil society participants who have travelled from developing countries under onerous restrictions and at huge costs, has been extremely limited. Participants have arrived, only to be denied access to vital onsite discussions for which they have come to Glasgow and where they need to advocate for a better future for their communities who are suffering from the climate crisis.

Speaking on this, Sébastien Duyck, Senior Attorney, Climate & Energy Program, CIEL, described the UK’s promise that COP26 would be the “most-inclusive COP ever” as a farce. He said that despite thousands of NGO observers having descended on Glasgow with the promise of participation, only four were given access to the negotiations.

He said: “Leaders are taking to podiums to thank people for the tremendous efforts it took to come to Glasgow. They are highlighting devastating stories from the frontlines of the climate emergency, but rather than providing opportunities for negotiators to hear from those communities first-hand, the COP Presidency and the UNFCCC have all but denied civil society and observers access to the political process. The result is a conference that allows the voices of the few to dominate negotiations while it shuts out civil society and tokenises communities from the global South.”

Catherine Abreu, Founder & Executive Director, Destination Zero, and member of the Global Gas and Oil Network, said that developed countries are claiming to be showing leadership, whilst still producing fossil fuels at home. Direct commitments to transition away from fossil fuels urgently are desperately needed.

She said: “The world’s governments are planning to produce twice as many fossil fuels over the next decade than is consistent with the 1.5 degree pathway by 2030. Governments should call for international cooperation on a just transition from fossil fuel dependence; join the Beyond Oil and Gas Alliance (BOGA) to align production with 1.5ºC when it is launched by Denmark and Costa Rica next week; and seriously consider exploring a Fossil Fuel Treaty to help meet the Paris goals.”