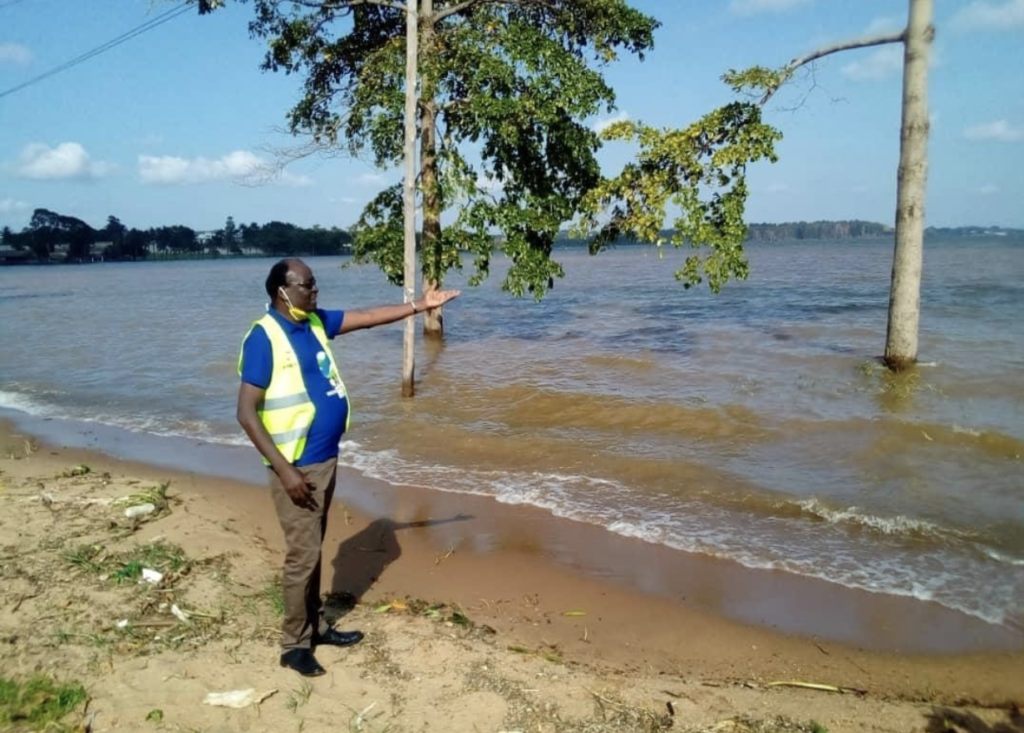 VOICES FROM THE FRONTLINES: Lakes and Rivers in Uganda have gone crazy; Reclaim what belongs to them

It is believed that nature only claims what belongs to it and that it severely reacts to an attack and it is also believed that water has a given path on the ground and whenever it rains, it will always take that path to its destination. This is what we are currently observing with the water bodies in Uganda.

Lake Victoria is refilling its parts where it had retreated from and it is regaining its territory. While many may feel and condemn the water, it should not be regarded as an attack. The water is merely going back home, it is reclaiming its space from the man-made shores. Property worth lots of money has been destroyed. Beaches, hotels, residences, landing sites, business houses, gardens/crops, etc have been submerged. Lives have been threatened with the possible outbreak of diseases. People have died.

Lake Kyoga in the Eastern part of Uganda which is fed partly by the Nile River is also overflowing. Shores on lake Kyoga are now flooding and persons who were living on the landing sites and other areas have been forced to vacate. In several districts along Lake Kyoga like Nakasongola, Kaeramaido, Serere floods have displaced thousands of people. Lake Albert, in Mid northwest of Uganda, has also had its water levels rise due to increased rainfall. The shores have flooded and the majority of the settlements along the lake shores have been closed with over hundreds of households displaced in Ntoroko District.

The rivers on the other hand have also “gone crazy”. The Nile is overflowing and affecting the economic and social setup of the persons living close to it along its route from Jinja city the source of the Nile to its boarders with South Sudan and beyond.

River Nyamwamba in Kasese District southwest of Uganda and other rivers in the area have ravaged the area with fast running water from the mountains and hills. The water came down with much force in large volumes and heavily loaded with rocks, gravel, and all sorts of stuff. It destroyed and virtually erased Kilembe Hospital the largest hospital in the area. Several buildings are on the ground and others badly damaged. Roads have been destroyed and blocked with heavy stones and are impassable.  Over 100,000 people are now homeless.

Behind all this is the human factor. Water levels in the lakes have risen fast because of the human activities in and around the lakes and rivers especially environmental degradation including indiscriminate cutting down of forests, encroaching on wetlands/swamps, lakeshores and river banks.  Poor land-use practices have resulted in uncontrollable soil erosion leading to the siltation of the lakes and rivers. The water storage capacities of the lakes and rivers have been badly abused through sand mining and inappropriate farming activities and springing up of unplanned urban areas. Infrastructural developments including roads, roofed buildings, and pavements have created impermeable surfaces in mostly urbanizing areas reducing the ability of water to infiltrate into the soil.

There are lessons to be learned in these circumstances: