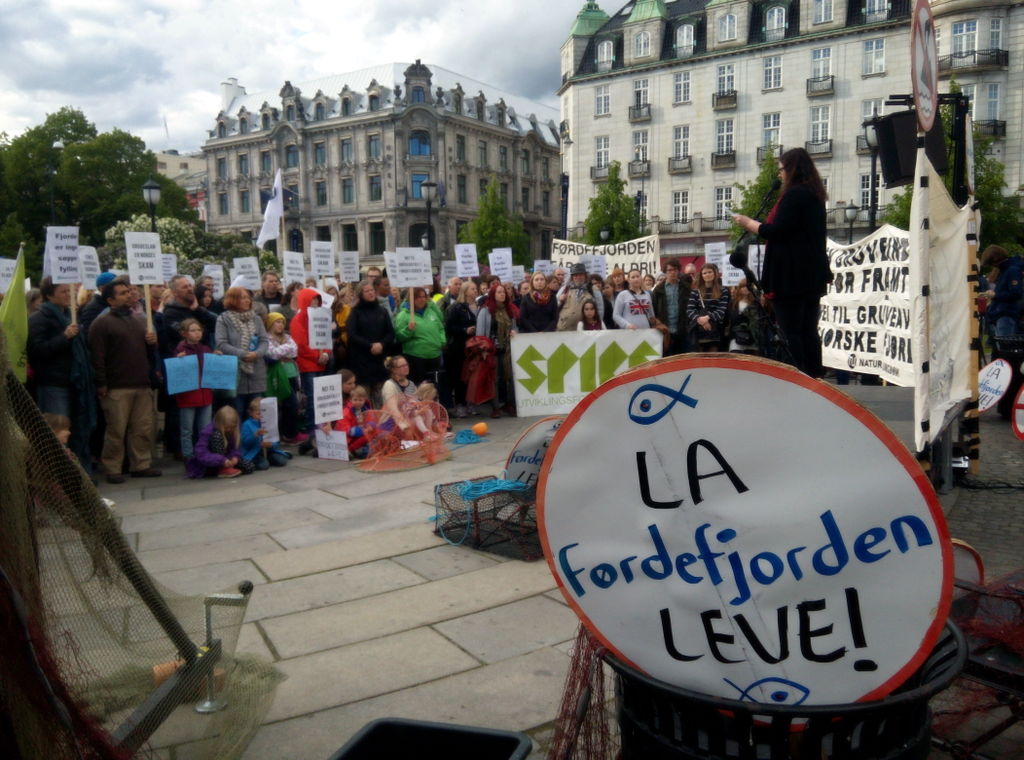 Adrian Yeo, Leadership Development Fellow from Malaysia, reflects on the shape of activism in Norway…

Upon reaching Oslo, for my CAN Leadership Development Program Study Trip, I oriented myself with the city by walking around the neighbourhood. As I was passing by the Norwegian Parliament grounds, two things struck me. One, there is lack of the usual security perimeter or any fence around Norway’s law making institution building. Second, there was a large rally outside the parliament ground, focusing on stopping the dumping of mining waste into the much loved fjords.

The people of Norway are highly engaged with their government on environmental issues, both local and international. Two days after the mining waste rally, the same parliament ground hosted the much talked about #DivestNorway petition rally. The Norwegian people do take their sustainability agenda seriously. Citizens’ engagement with policy makers is high and this is reflected in the elected representatives in the Parliament. Having Members of Parliament who can intellectually debate and produce climate friendly policies is crucial  not only for good policy but even better for implementation on the ground.

Seeing all the banners and messaging of the rallies were in Norwegian, I asked a smartly dressed gentleman next to me to explain. He laid out in detai, the background, the impact on the environment, the government’s justification and why the people are so angry about this legislation. He impressed me with his in-depth knowledge on the issue and his high-level policy understanding, especially on climate change. Much later into the conversation, I learnt that he is a Member of the Parliament, Mr Terje Breivik, and the Deputy Leader for the Venstre Party.  Kudos to him.

Norges Naturvernforbundet also known as Friends of the Earth, Norway, is the country’s largest member-based environment organisation, with over 100 local chapters. They recently celebrated their centenary anniversary in 2014. Later, on a visit to their offices, I was flipping through their commemorative book, I saw there were congratulatory messages from a full spectrum of the society. From political parties, to labour unions, community leaders, faith group leaders and youth groups, even the Royal family of Norway.

The big lesson here is to engage and include everyone in the society, if you wish to see success in your campaign. Build bridges and invest to keep the links and networks strong. Only then, there might be hope to move everybody across the finishing line.