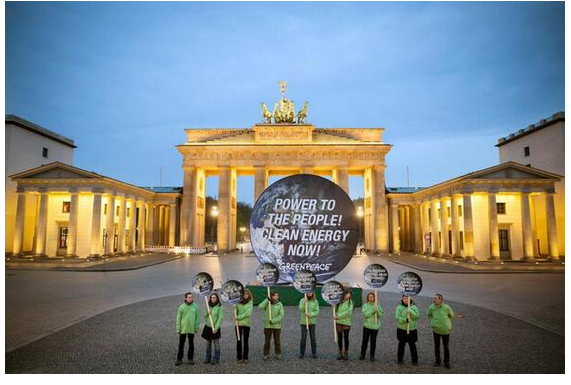 Berlin, April 13, 2014: Members of Climate Action Network have welcomed the third installment of the IPCC's Fifth Assessment Report which lays out the solutions to the climate crisis, giving governments a clear case for urgent action.

Members of Climate Action Network provide the following comments on the launch of the report:

"The IPCC's working group three report to be released here in Berlin tomorrow confirms it is not too late to act to prevent catastrophic climate change. We can keep average global temperature rise to the 2 degrees threshold agreed by the countries of the world. But effective action will only occur with strong international cooperation. Luckily, leaders like Angela Merkel have an opportunity to show they have received this message from the world’s peak body of climate scientists when they attend the United Nations Secretary General’s Climate Summit in New York in September. As a German, I expect Frau Merkel to lead the Heads of Governments to a breakthrough in international climate politics which delivers a robust climate action plan in Paris in 2015."
Sabine Minninger, Senior Adviser, Climate and Energy Policy, Bread for the World.

"The IPCC is clear that acting on climate change is possible, beneficial and affordable. If we act now, costs will be only a very small fraction of global economies. Those who say it's too hard and too expensive are wrong. But it is very urgent – without immediate action, costs will rise and and impacts will too. The first, critical step is changing investment flows. Any investor who looks at this report will have to reach an obvious conclusion: It's time to pull your money out of dirty fossil fuels and put it into renewable energy and energy efficiency."
Samantha Smith, leader, Global Climate and Energy Initiative, WWF International.

"Science has spoken: climate action is no burden, it’s an opportunity. As renewable energies are growing bigger, better and cheaper every day, the age of dangerous and polluting coal, oil and gas is over. The only rational response to this report is to start the phase out of fossil fuels immediately. It's simple: the more we wait, the more climate change costs us. The sooner we act, the cheaper the transition to a renewables future for all will be. China, more than anyone, has the potential to become a game-changer in global climate action. China’s coal consumption limits and massive investments in renewable energy not only provide hope for Chinese citizens to breath clean air again but could also end the relentless growth of global climate pollution. China must now lead the world to new climate treaty by presenting an ambitious new target with binding emission cuts. If they act, the US and EU will also be embarrassed into the urgent action we need."
Li Shuo, Climate and Energy Policy Officer, Greenpeace China.

Climate Action Network (CAN) is the world’s largest network of civil society organizations working together to promote government action to address the climate crisis, with more than 900 members in over 100 countries.