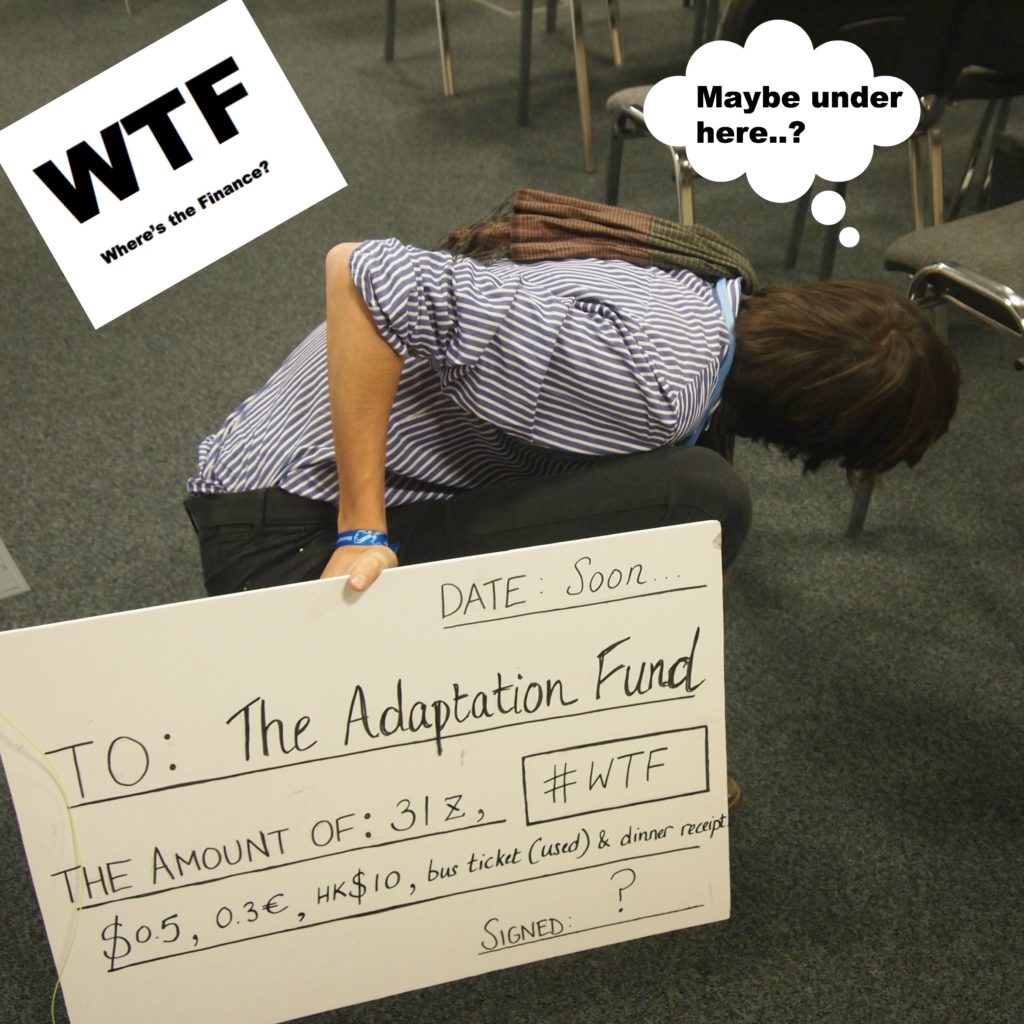 Where is the Finance (WTF) to fill the gap? Here’s one of many answers to that question, the Financial Transaction Tax (FTT).

In early 2013, 11 EU Member States agreed to introduce an FTT that could generate revenues of €37bn a year or more, depending on its scope. While the FTT is still in in the design phase, ECO wonders whether France,  Germany and the other nine European supporters could not only finalise discussions on the scope of the FTT (on which scale of revenue will depend) but make a bold move: by allocating a big portion of the revenues to climate finance. This is a marvellous plan, as it would allow the EU – perhaps in time for the Ban Ki-moon summit in late 2014 – to assign a substantial amount to the very empty Green Climate Fund.

But what about the others, for instance Germany – where a new government is being formed even as the ministerial proceeds? One coalition partner had joined a grand campaign to allocate 33% of FTT revenues to climate action. Well, that was before the elections. Let’s see if they stay true to that promise.

Now it’s in the court of the EU-11 to bridge the gap with a bold FTT.