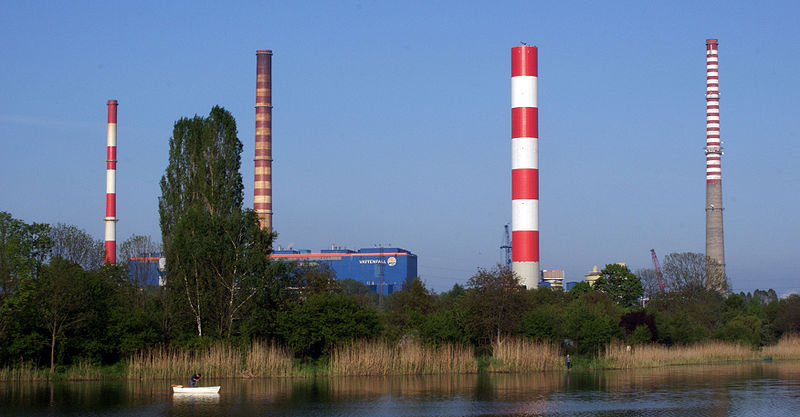 The Siekierki coal power station is readily visible south of the National Stadium in Warsaw. First operational in 1961, it now generates 622 MW of electricity and provides district heat for a large part of the city. It is owned since 2012 by PGNiG, a large oil and natural gas company controlled by the Polish state. The station CO2 emissions are about 3.2 million tonnes/annum. Installing a proposed 'clean coal' power block would not reduce the impact in a major way.  Instead, the Siekierki plant represents the last generation of coal if we are to have a planet worth living on.  (Image: Wikipedia)