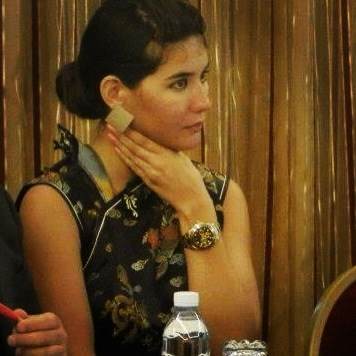 Changes are happening on different levels: political, economic and demographic.

Arabs’ policies are changing too… the Arab region is already being impacted by climate change. They will have to survive through important economic challenges and environmental threats in the near future.

Arabs countries were drilling the earth for black gold and ignoring the climate change deterioration. What changed after hosting the 2012 December UN Climate negotiations (COP18) in an Arab Country? Apparently, Arabs are now more headed for green-growth policies that seek to make the processes of economic growth more environmentally friendly, more resource efficient and more resilient without slowing down their growth pace. Arabian governments are remedying the situation and they are looking and planning for strong strategies that enable them to implement and build their strength, resilience, and democratic institutions.

“Qatar and PIK announce creation of climate change research institute” a title that drew my attention. I thought that it is worthwhile to share it with the rest of the world.

A new Climate Change Research Institute and a Global Climate Change Forum are being set-up and it will be based in Qatar. It will seek to fill critical gaps in research on mitigation, adaptation and climate resiliency for key regions such as tropics, sub-tropics and dry lands. The aforementioned institutes are the first of their kind in the region. A country whose wealth is founded on fossil fuels, Qatar, will have much attention is directed toward itself. We are all waiting for the results of this amazing initiative, hoping that Qatar will inspire the rest of the Arab world to start developing longterm strategies that address the economic, social and environmental challenges facing this region. Governments should integrate into their policies and plans climate change mitigation and adaption to its effects.

Today Arab countries are undergoing seminal transitions politically and demographically. So together, Arabs countries and communities can make a progress towards an Arab green economy and a stable region. It is time to join developed countries and unite our efforts.