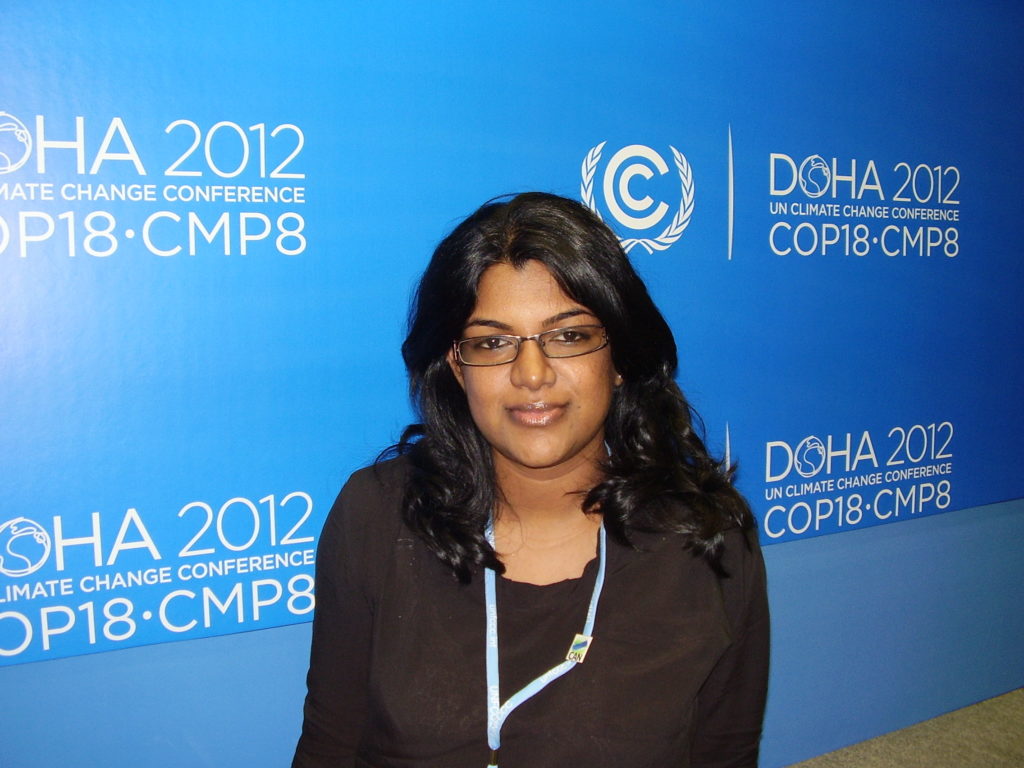 One speaks of gender rights and environmental rights, but combining them on the UNFCCC track is important and can be a challenge.

Women play a key role in day to day life, and are those who are most burdened by climate issues. Nevertheless, a focus on women in COP discussions is lacking. In Decision 36 of COP 7 in 2001, the need to focus on gender and women was already highlighted. From Beijing Declaration of 1995, the Decision goes to lay down the importance of the inclusion of women delegates in the UNFCCC process, and other form of entities that take action on climate change. This is based on the need for effective communication of women’s needs, which can be most clearly stated by those who are affected due to their absence.

Furthermore articles 3,4,5, 15 and 16 of the Beijing Declaration all stress on the need for inclusion and equal treatment of women in development. In addition, article 27 of the same states the inclusion of the women in the development process of developing countries is needed, as well as highlighting the need for participatory development where women are not side-lined by their male counterparts.

The relevance of this in UNFCCC discussions is clear: women are key victims of the impacts of climate change. They are the most vulnerable and most affected by climate disasters. Furthermore, in agricultural communities affected by climate change, women walk for many kilometres in search of water. In African and South Asian regions hit by droughts, women not only struggle to find water, but to feed their children, given the scarcity of food. Maternity makes women more vulnerable to climate change, health-wise as well as financial wise. In many coastal communities, agricultural communities are suffer from loss of crops due to sudden changes in the climate. The mother of families in these regions bears all of it, while struggling to adapt to changes in circumstance, while at a loss of livelihood through harsh changes in the climate.

The lack of awareness and education among women regarding the impacts of climate change affects their ability to react to these changes. The seasons may change, the crops may be damaged, and the rains may fall harsher, but the lack of knowledge on what impacts their life makes women unable to adapt to the situation  appropriately. There needs to be more focus on Article 6 and education. Girls in societies where they are deprived of access to education render them vulnerable, depriving knowledge to future generations.  As clich­é as it may sound, the education of a woman is the educating of a generation.

So what is needed? More inclusion of the female gender! While I do see many women in the UNFCCC processes, there lacks a focus on highlighting women's rights  in combating climate change. This could be the next step for those who walk the corridors of UNFCCC – including me.

So time to suit up, buckle up, and call for climate justice, several “pinches” of gender  included.