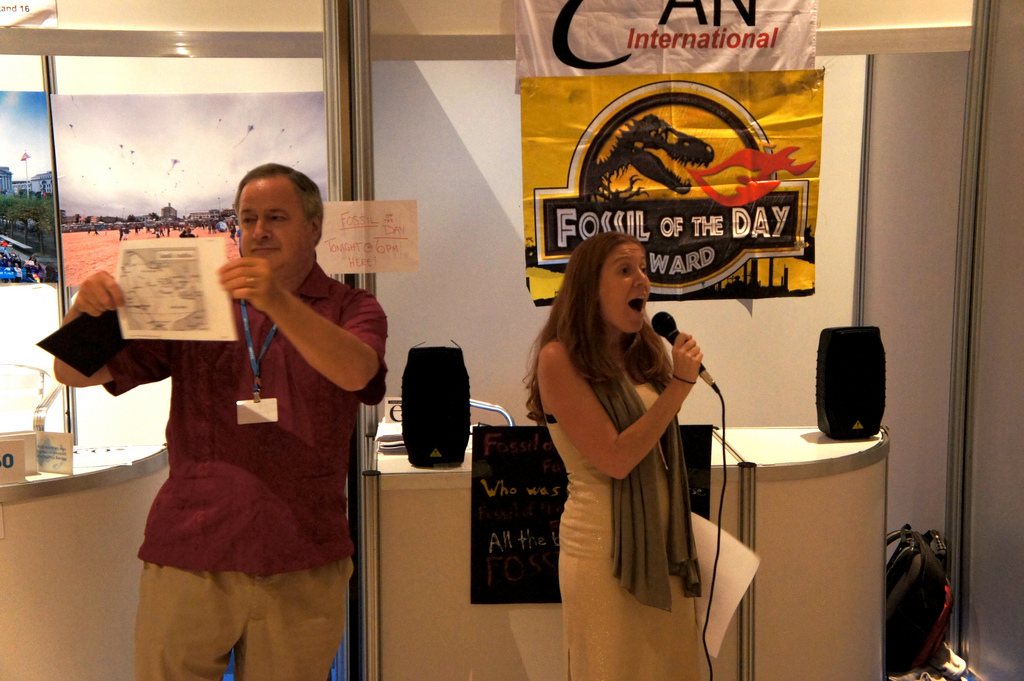 Japan Takes First Place Fossil Of The Day Award At Panamá Climate Talks, While Denmark Receives The Ray Of The Day.

First place Fossil is awarded to Japan. About 7 months ago, Japan experienced one of the most dreadful tragedies in the country's history. The country is still in the process of recovering from the damage caused by the earthquake and tsunami. The nuclear accident in Fukushima certainly destroyed the myth that nuclear power is safe and clean. And yet, the country seems to have failed to learn an important lesson from the accident. In the KP spin-off group meeting yesterday, the country again rejected to drop the option to include nuclear in CDM. The position was also supported by India. This means the country still wants to export the technology that brought tremendous hardship upon its own nation to developing countries and then earn credits from this.
It is inappropriate, irresponsible and even morally wrong, given the fact that the Fukushima reactors are still in a very dangerous situation and the residents are still in heavily contaminated areas. In addition, the technology does not fit one of the dual objectives of CDM, which is to contribute to sustainable development. We sincerely hope the country come to sense, drop the proposal and work "against" it.

Saudi Arabia gets the 2nd place Fossil of the Day for insisting on the inclusion of response measures in the negotiation-text of the Adaptation Committee. Setting up negotiation chips is one thing, but using the same (wrong) old story again and again is another. Adaptation is not the place to negotiate response measures. Saudi Arabia we want change.

The Danish government announcement to reduce the Danish emissions 40% by year in 2020 earns Denmark the Ray of the Day. NGOs from around the world greeted this announcement with joy and excitement, “a new page has turned in Denmark’s climate politics. From now on when we say ‘Denmark’ we will smile. When before – we did not.” Also worth noting is that the brand new Danish government, as one of the first acts, sacked Bjorn Lomborg from his post as a government advisor. We hope that this also marks a new dawn for the EU’s delayed effort to move to a 30% target and will be followed up by other countries upping their pledges to the higher end of their range as Durban approaches.

About CAN: The Climate Action Network (CAN) is a worldwide network of roughly 700 Non-Governmental Organizations (NGOs) working to promote government and individual action to limit human0induced climate change to ecologically sustainable levels. www.climatenetwork.org

About the Fossils: The Fossil of the Day awards were first presented at the climate talks in 1999, in Bonn, initiated by the German NGO Forum. During United Nations climate change negotiations (www.unfccc.int), members of the Climate Action Network (CAN), vote for countries judged to have done their 'best' to block progress in the negotiations in the last days of talks.