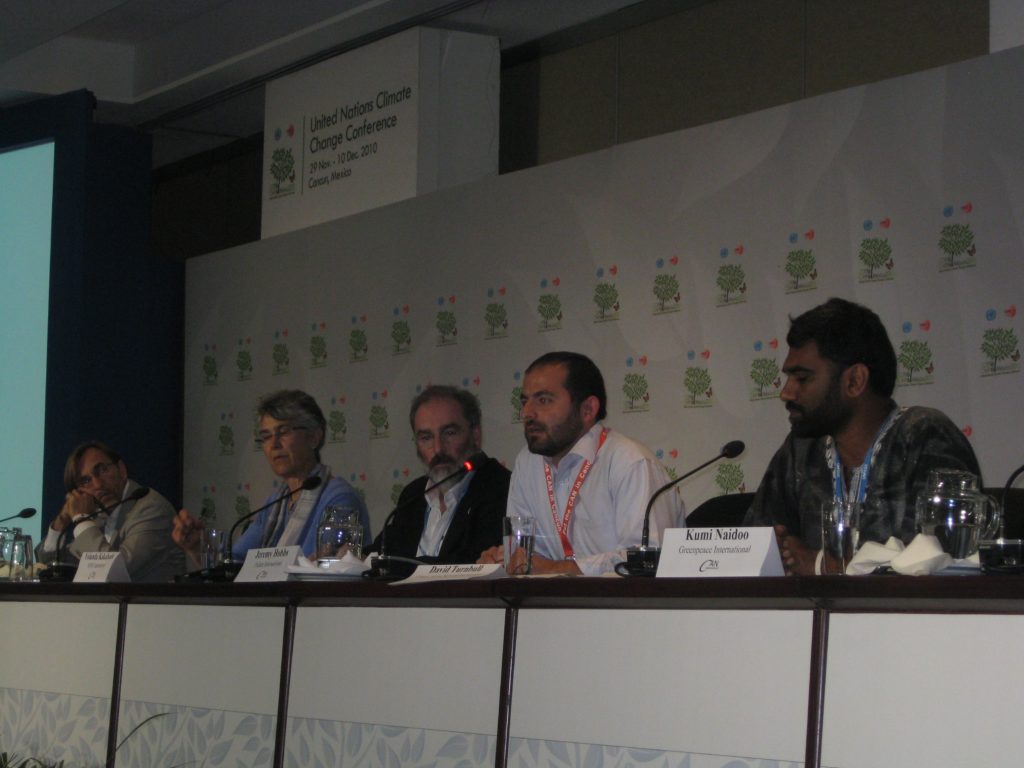 Heads of WWF, Greenpeace, Oxfam, and CAN call out blocking countries

[Cancún, Mexico] The leaders of four international environment and development organizations here at the climate talks in Cancún urged Ministers to produce a strong and meaningful climate agreement and called out individual countries for blocking progress in the climate talks under way here.

An on-demand webcast of the panel is available now at:

Leaders participating on the panel included:

"Governments should stop blaming each other and have the courage and the vision to be remembered by the people of the world. This is not a winners and losers option, we must all win

“With just two days left in the Cancun talks, we are in a position to move forward on a number of significant issues. Now it’s time for the negotiators to stop blocking and get to work negotiating.  We need some practical progress to build trust, confidence and momentum that will deliver concrete results here in Cancun for poor people around the world.  If they do this, ministers can final lay to rest the ghosts of Copenhagen once and for all and move us forward in the fight against climate change.”

"Ministers here in Cancun can make history this week, they can set in motion a sequence of events that will build hope for the future, mark a transition to a fair and just world in which the environment and equity go hand in hand, they can build the trust needed to deliver a climate saving treaty in Durban."

"When Obama came into office I was as optimistic as any that we would see a sea change in these talks. Unfortunately it appears the President and his administration are paying too much attention to the climate-denying Senators in Washington DC rather than living up to the goals they have set forward in public time and time again.  They are blocking progress on increased transparency in their own reporting, while demanding more from China and India on that same issue.”

Climate Action Network (CAN) is a global network of over 550 non-governmental organizations working to promote government and individual action to limit human-induced climate change to ecologically sustainable levels.  For more information go to: www.climatenetwork.org.