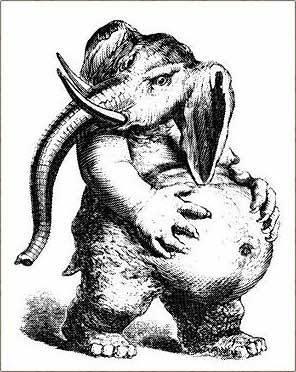 Delegates, in case you haven’t noticed, there is an elephant roaming the halls of the Moon Palace, and it weighs something like 9 gigatonnes.
As reaffirmed by UNEP in its new Emissions Gap Report, the climate pledges made in Copenhagen fall far short of what is needed to limit global temperature rise to less than 2 oC, and even further below a 1.5 oC limit which is needed to minimize the inundation of low-lying nations and coastal areas, the loss of coral reefs and the permanent disappearance of summer Arctic sea ice.  But instead of starting to bring the elephant down to size, Parties seem determined to fatten it up even further.
According to the UNEP, the gap between where the Copenhagen Accord pledges are now and where they should be in 2020 could be bigger than the combined emissions of China and Russia. At best, the gap ‘only’ equals all cars, trucks and buses in the world, or the combined emissions of the 27 EU member states.
The UNEP report identifies specific actions Parties can take here in Cancun to help close the Gigatonne Gap.  But their actions so far suggest they won’t admit to seeing the elephant and that the future of the planet is at stake.  For example, while strict LULUCF accounting rules would close the gap considerably, Parties are on the verge of cementing rules that will make the problem much worse.
The list goes on. The EU is promoting an 8-year commitment period, freezing the current low level of ambition in place for the remainder of this decade.  Russia and Ukraine insist on flooding the next commitment period with hot air from the first. The Umbrella countries have trouble acknowledging that there is any gap at all.  It should be obvious that just implementing their Copenhagen pledges won’t do the trick.
In the coming days ECO expects countries to act on the UNEP report. First, they need to drop the proposed accounting rules and loopholes that will  expand rather than close the Gigatonne Gap.
In addition, while grappling with proposals to anchor the Copenhagen pledges in the UNFCCC, they should also fully acknowledge the existence of the gap and commit to a timely process to close it as rapidly as possible – before the elephant stampedes across the planet.